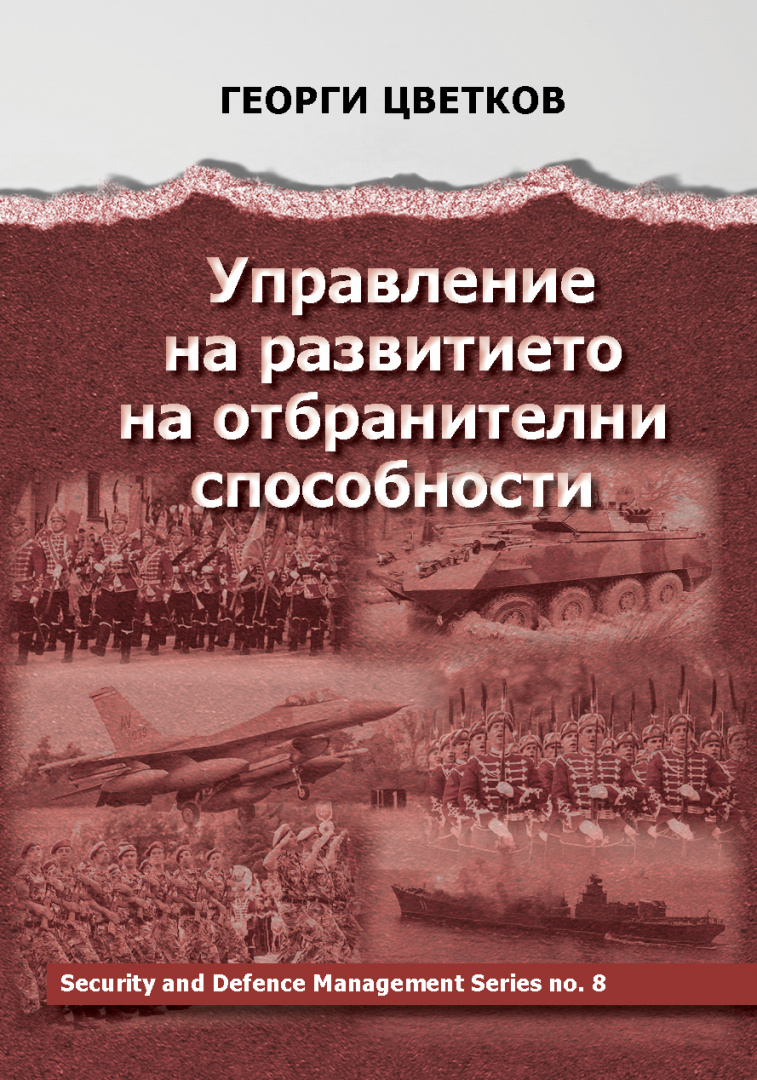 The book is part of the Security and Defence Management series.

It is based on the author’s PhD thesis, looking at the transformation of Bulgaria’s defence policy in the period 1990-2010. Amended with reflections on key developments in the past decade, the author offers evaluation of the ability to foresee defence requirements and plan accordingly. The general conclusion is that it is not the uncertainty of the security environment that surprises us. In fact, the environment has been predictable to a is sufficient degree.

Based on the John Boyd OODA loop, we can conclude that the “noise in the system,” created at the stages “Observe” and “Orient,” is the main reason or justification not to proceed properly to “Decide” and “Act.” And this is not so much due to the unpredictable and dynamic environment, as to the inability or unwillingness to take adequate decisions.

The theoretical part presents the modern understanding of defence policy and the relations between the state and the armed forces. Its goal is not only to review the theoretical foundations of defence policy making, but to reach valid and relevant definitions that can be applied in modern Bulgaria – a country that has made several simultaneous “transitions” since 1990.

The historical part begins with an analysis of the Bulgarian People's Army at the beginning of the transition, as the author believes that many of the challenges we face today are due to the specifics of state-military relations in the period before 1990. Another important contribution is the reliable reconstruction of the events characterizing the development of Bulgaria's defence policy between 1990 and 2010, often burdened with emotional assessments and deliberate distortions of reality.

The third part contains the prospects for development, formulated based on a comparative analysis with the armed forces of a number of European countries and reflecting different combinations of two main factors – the resource framework and degree of change. One main conclusion is that the will to change is perhaps the decisive factor for the successful defence policy making. Unlike most countries in Central and Eastern Europe, there is no such will in Bulgaria, and again we come to the conclusion of more “lost years” for the country’s defence.

The book is currently available in Bulgarian only, in the following formats:

A Hybrid Intrusion Detection with Decision Tree for Feature Selection

END_OF_DOCUMENT_TOKEN_TO_BE_REPLACED

The Winter 2020 issue of Connections

The Summer-Fall 2018 issue of Connections

The Winter 2018 issue of Connections